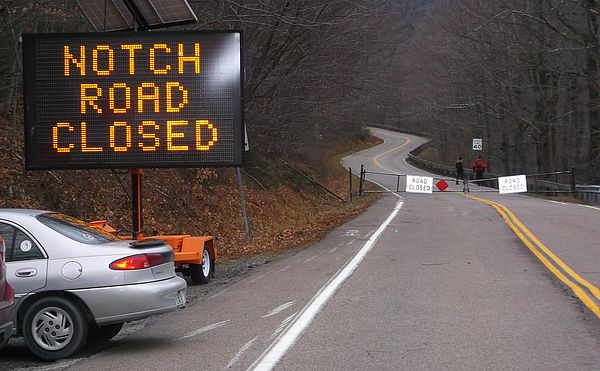 Yep, leave those ice screws in the car... 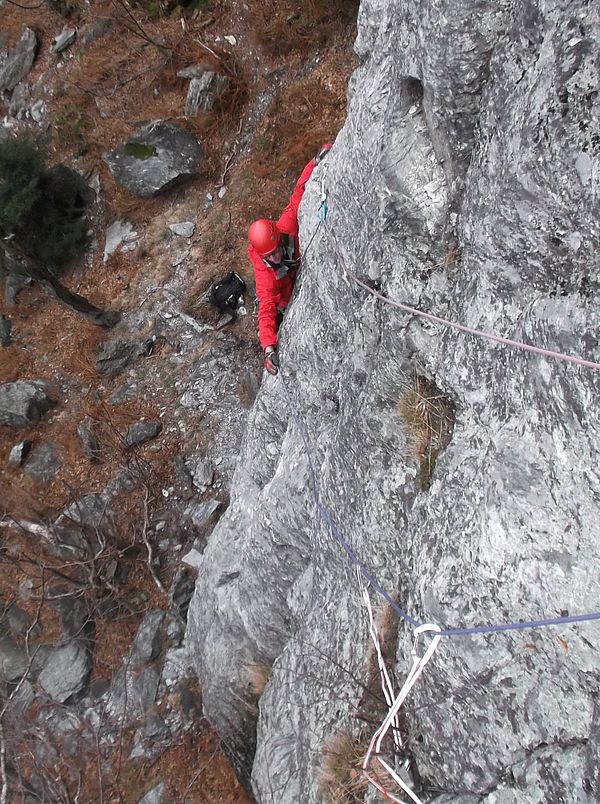 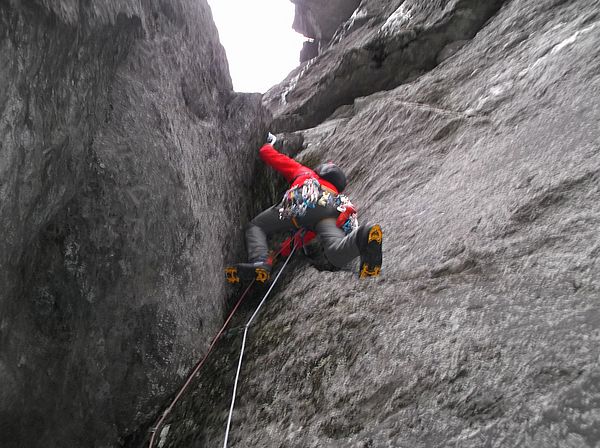 The enjoyable corner at the top of P1

The opening of P2

I'd brought 4 ice screws in the car, but when we hit the Smugglers Notch parking lot, it was clear that they'd stay in the car. The highway sign flashed “Road Closed Due to Ice and Snow” but that was a lie—the road was as clear as mid-July. We headed up with the idea of drytooling “Confusionism”--a great mixed route put up by Stephen Koch and Bert Severin--via the "Confusionissima" variation put up last year by Tim Farr and Andrea Charest that I'd gotten the second ascent of last year--but, arriving at the base, concluded it was better done as a mixed climb ( i.e., when there was some ice ). As it stood, the previously ice-clotted corner was just a disgusting moss-fest and the direct start to Confusionism wasn't an option without a lick of ice on it...

Kevin Sheasgreen and I ambled around looking for another option, and decided to try a ramble up to the right of Quartz Crack's first pitch. The start was face climbing edges and a few blocks, but then about 40' up it turned into an interesting crack-corner, for 15' of fun, then a traverse to the P1 anchors of Quartz Crack. We spied a cool crack system and right-facing corner 40' left of Quartz Crack and right of Tri-Scam. Though it was a bit contrived as a complete route, this P2 looked like fun, so we headed over to check it out. The climbing protected well initially using the cracks on the left, then the corner opened up with some options, with overall enjoyable M4ish climbing despite a few precarious flakes along the way. About 90' up I was running low on both gear and placement options, so where the corner ended I stepped left onto a ramp, encountering two pins. One pin was a “bullring”, so they've clearly been there awhile and may be the relics of some rock ascent(?). We hadn't brought pins, so with darkness impending, I stepped down on the ramp, rooted out some moss and eventually found enough options for a reasonable anchor (2 stoppers).

After Kevin came up, we bailed, but the route could certainly be continued upward for another pitch of enjoyable climbing. With the ice forming, I'm eager to actually swing some tools, but when the ice options diminish, I hope to be up there to check out the rest!

Not sure if this was a first ascent—we'll have to see how the local experts weigh in on it—but it certainly makes for an enjoyable excursion when ice options are thin.