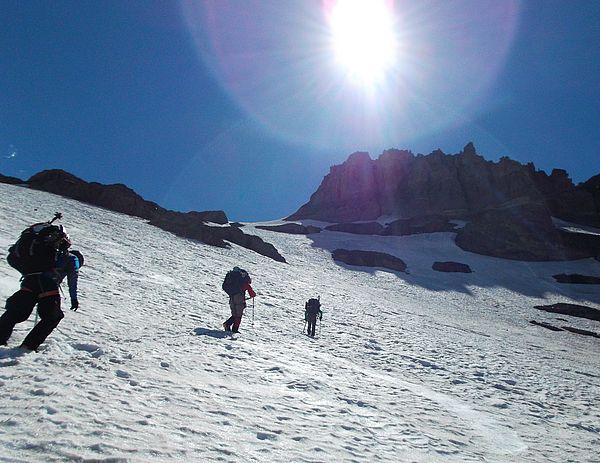 Conditions on the Inter Glacier. 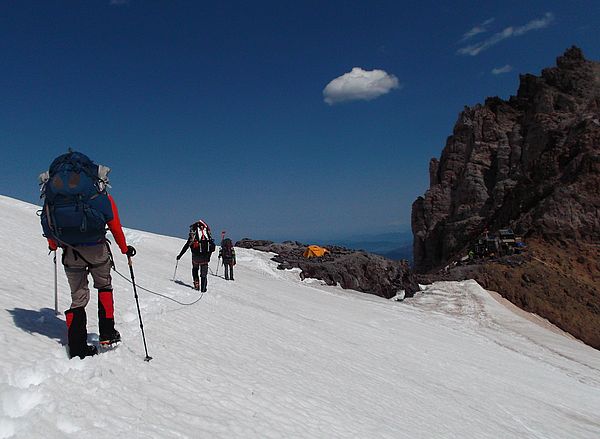 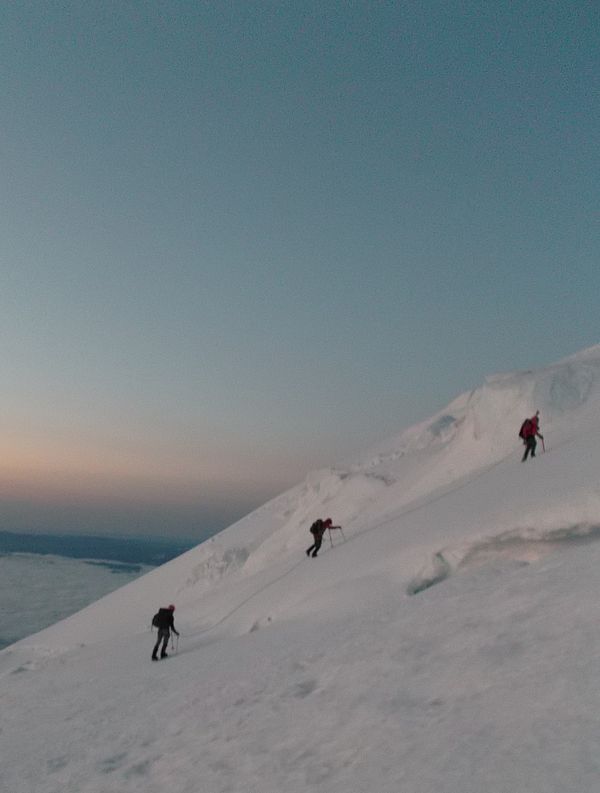 Under bluebird skies, I went with a team of climbers over to Rainier's "Wilder Side"--the Emmons Route--during the June 30-July 3rd period.

Here are some notes regarding the current climbing conditions:

Connect with me if you'd like a GPS file with the route (can't be attached here).

As always, you can find more pictures of the current route at the Adventure Spirit Rock + Ice + Alpine Experiences Facebook site.

Mountain conditions are subject to quick changes and the conditions reported above are one subjective view.  The information provided above is only one small piece of information you need to use in you and your team's overall decision-making process.

Some other helpful links to aid you in making the best decision for you and your team can be found at: