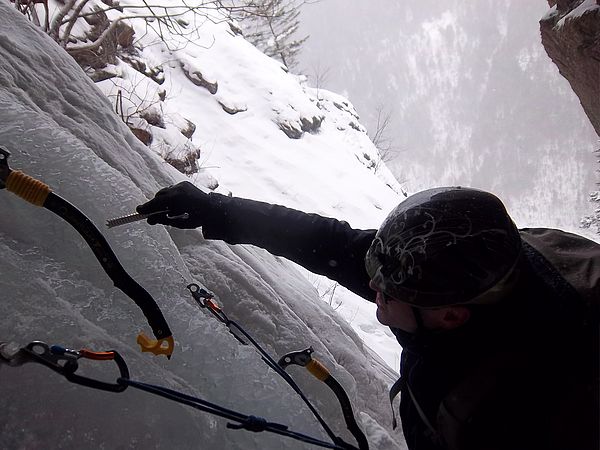 Martin setting up the anchor on Lower Hitchcock 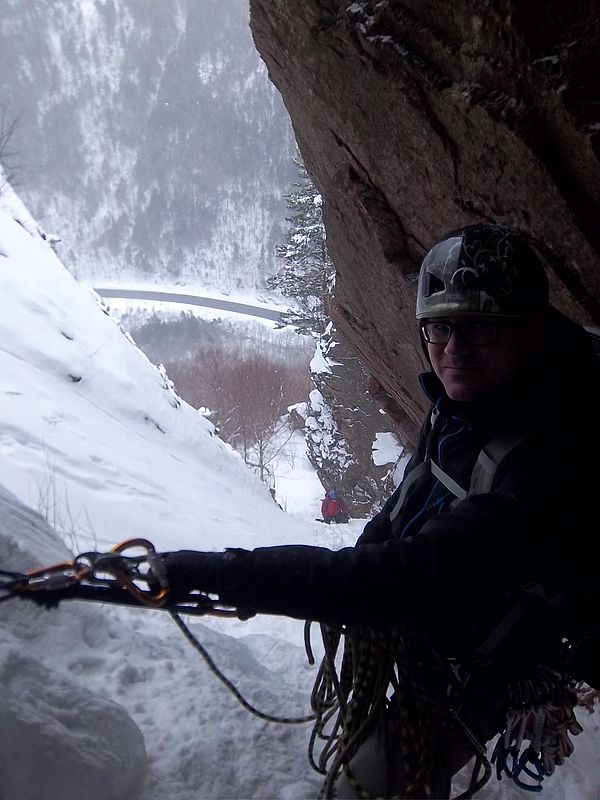 Ready to bring up Brett 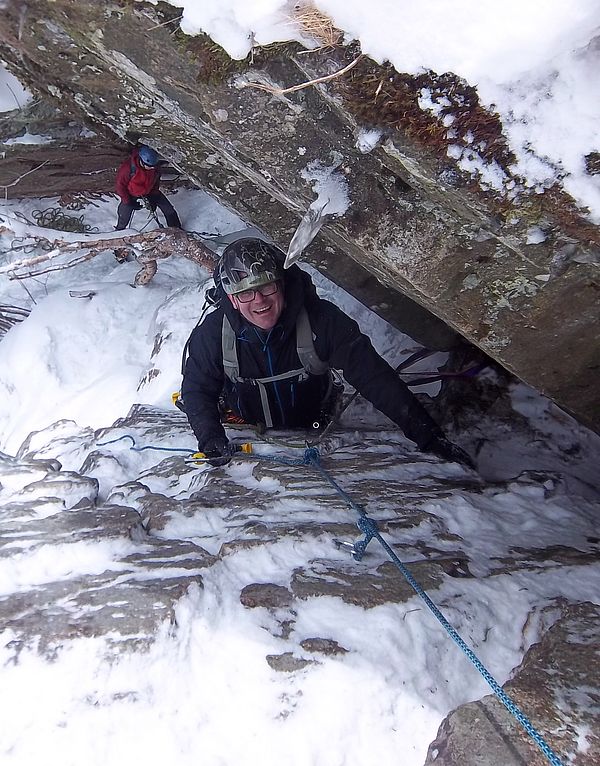 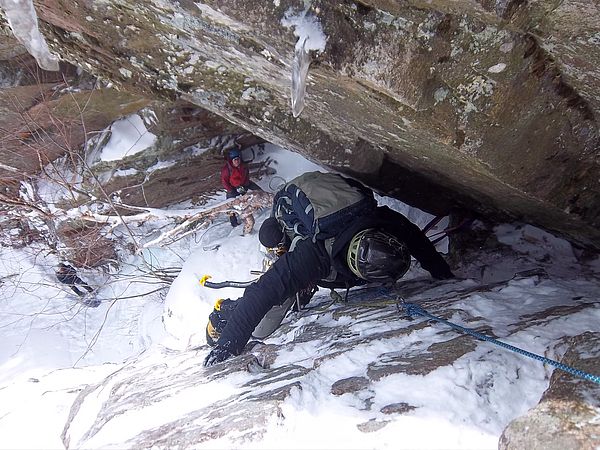 Workin' the moves on Lower Hitchcock 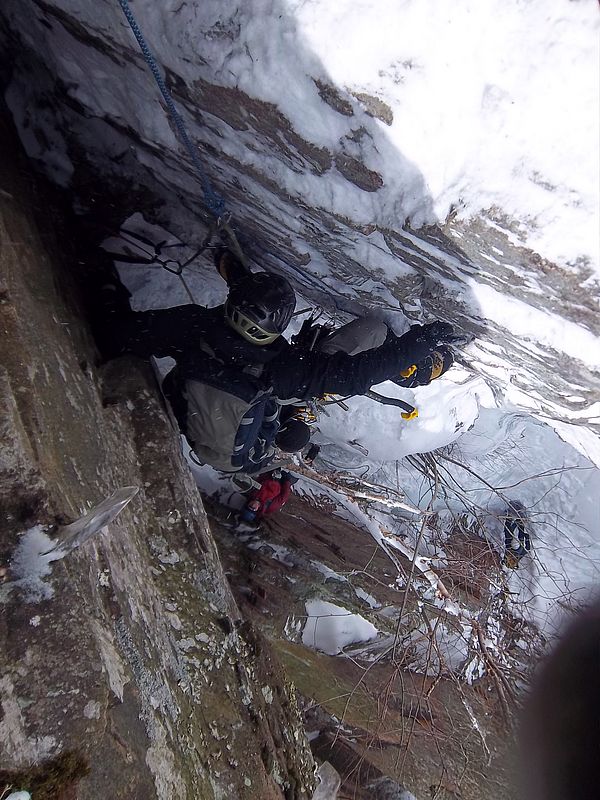 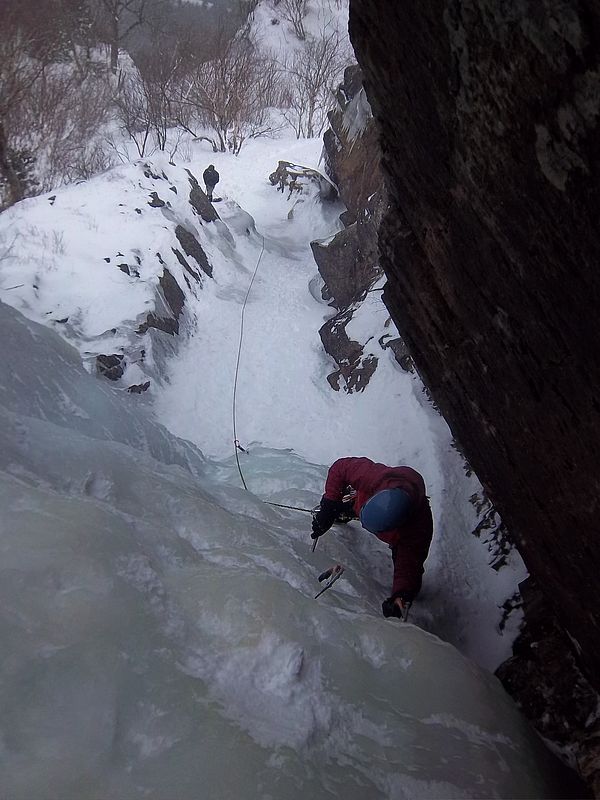 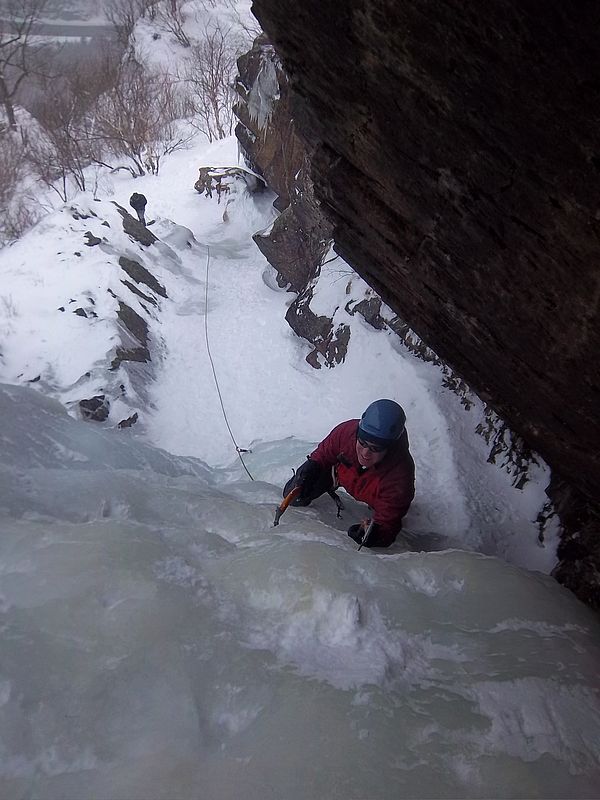 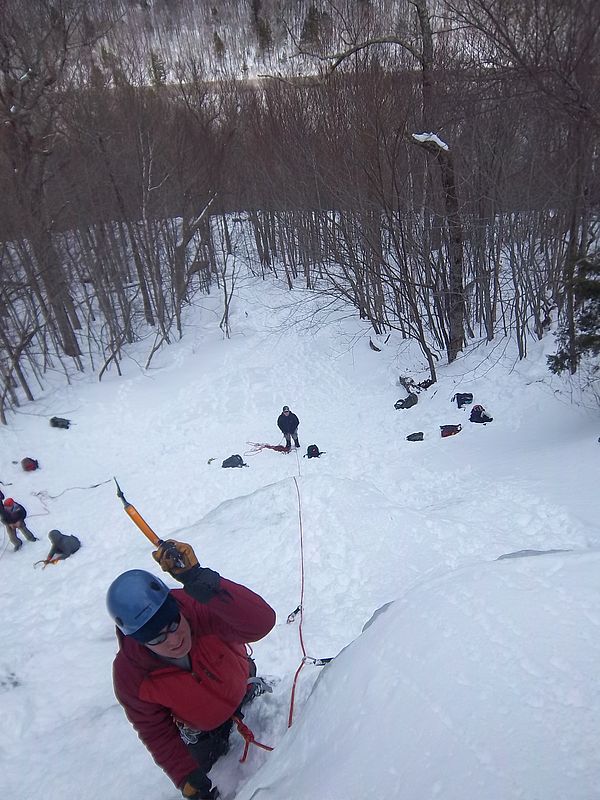 Full of direction at Lost in the Woods 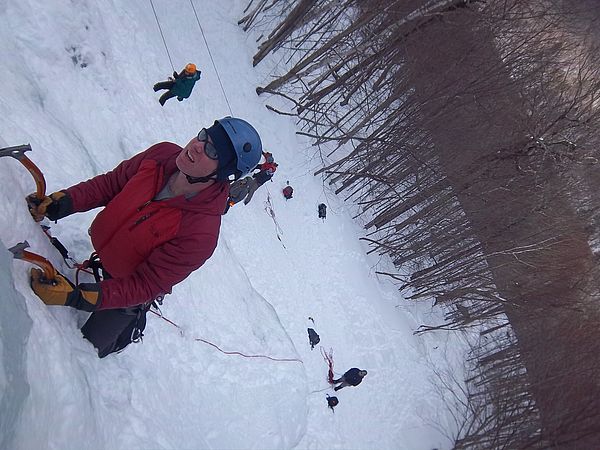 Contemplating all that lies ahead...

So I know I've posted enough times this season about Martin & Brett's journey into lead climbing that you might begin to feel like this is a reality TV show, but I can't help it--it's been very exciting to watch and to be a part of.  We wrapped up the season this weekend with two days of climbing at Crawford Notch and I didn't lead a single pitch!  Saturday Martin began by climbing Lower Hitchcock Gully, setting up a solid ice screw anchor before the final mixed-bit.  As he's still honing his mixed skills, we dropped a line down from a tree for him to clip his line into and after one fall he sent it, then transitioned Brett up to Upper Hitchcock Gully. Brett tackled Upper Hitchcock Gully in one pitch (including keeping his cool while passing by the bloody mess of an ice fall injury/evacuation the day before) and transitioned us to rappel back down so that Martin could lead us up the Left Side of the East Face of Willard and get us safely back down.  All throughout the day we covered lots of points regarding efficiency and safety when transitioning through climbs.  Frankenstein Cliffs were our classroom on Sunday, beginning with a lead of Waterfall by Martin.  Waterfall was thin and slightly delaminated in sections, giving him some real-world experience in dealing with fickly ice conditions.  Lost in the Woods was our classroom for the remainder of the day, with Martin and Brett leading several pitches, bringing up their second, and transitioning smoothly to rappel using a variety of techniques.

Last year, I met these fellows at Smuggler's Notch for the first time.  They'd had a little bit of ice experience via an EMS clinic so we headed out to do some multi-pitch. We struggled up the first pitch of Grand Confusion and then had to bail.  Grand Confusion is WI3 and this weekend these fellows both successfully led WI3.  Perhaps more importantly, they swiftly and safely moved through multi-pitch ascents and descents.

For the title of this blog I said "Give 'em wings," since it sounds kind of catchy and is kind of appropriate in that they are now soaring higher and higher.  But in reality, I didn't give them anything.  This past season they've been working hard and committing significant time toward learning the craft of lead ice climbing.  They earned it.